Anne St. Clair Wright was born in l910 in Newport News, Virginia. As a child of a Navy family, she spent her youth in many different countries.

She first came to Annapolis in 1912, age 2, and stayed there until 1914. By that time her parents, Rear Admiral Arthur St. Clair Smith and Lena Salley Smith, had built a house at number 6 Southgate Avenue which became their permanent home. St. Clair left in 1914 with her family.

Her father was stationed in the Far East from 1914-1917 and the family lived in the Philippines at Olongopo. Admiral Smith was back at the Naval Academy during World War I and went to France immediately after the end of World War I, to Bordeaux. From Bordeaux they traveled by ship to the Far East and then moved to Beijing (Pekin in those days) for the years 1922-1925. 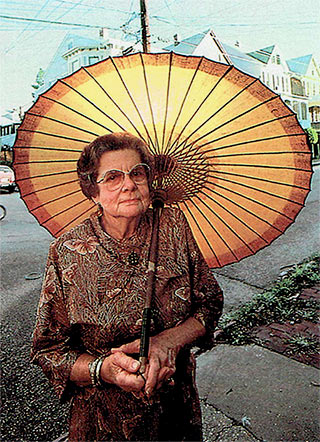 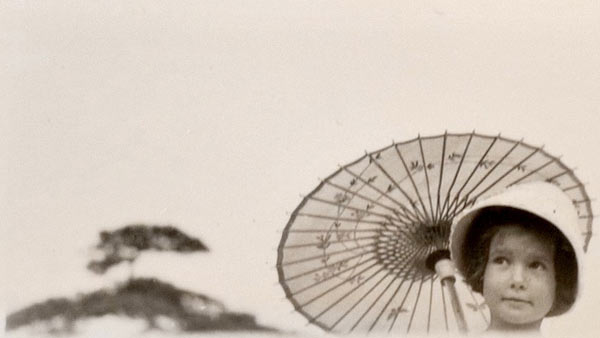 They lived in a traditional Chinese house in Beijing, and St. Clair became fluent in the Chinese language while roaming the neighborhoods with her brother Bruce. They traveled the country and returned to the United States with four tons of Chinese furniture, ceramics and paintings which eventually furnished the family home at 6 Southgate.

From 1925 to 1927, Rear Admiral Smith was stationed on the west coast of the United States, in San Diego where, according to St. Clair, they did not consider there was a school suitable for a young woman. She was sent to a boarding school in North Carolina. This was her first experience living in the United States and she reported that she had no idea “where to go to purchase a bobby pin”. After high school she attended Mary Baldwin College in Virginia and received a bachelor of arts degree from the Maryland Institute of Fine Arts in Baltimore in 1932.

She married Navy Captain Joseph Martin Pickett Wright in 1932 in Panama where her father was stationed at that time and they traveled extensively due to Capt. Wright’s career but owned a house in Annapolis from the year 1949, at number 5 Southgate on Spa Creek near her parents’ home. In 1953 when Joseph retired from the Navy, they settled permanently in Annapolis. 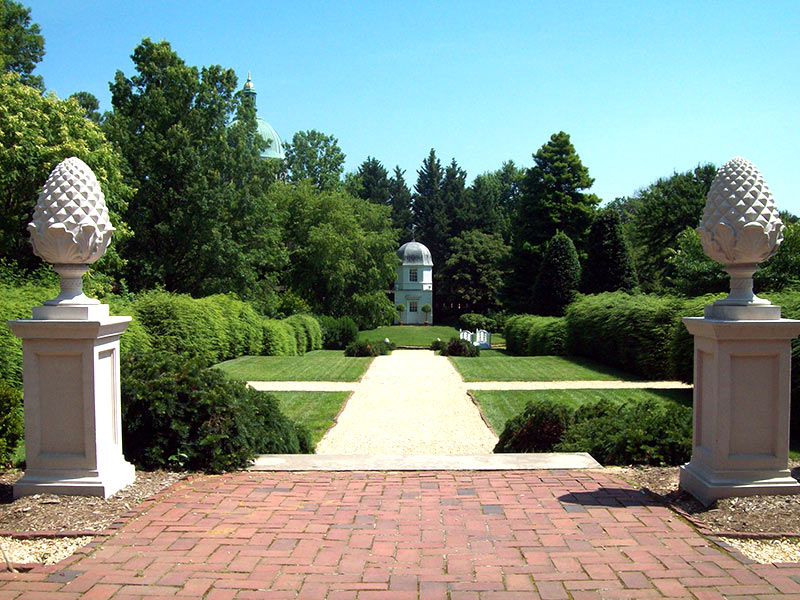 Her first volunteer effort to beautiful Annapolis came in 1948 when Capt. Wright was stationed at the Naval Academy. She was interested in improving the look of the landscaping in the public areas of the Naval Academy and organized the Navy wives to improve the public gardens and maintain them. Throughout her life she was a serious working gardener who knew plants from all parts of the world She developed her own garden when they moved to Admiral Heights on Weems Creek in Annapolis in 1957.

St. Clair Wright was the recipient of the National Trust for Historic Preservation’s leading national award, the Louise DuPont Crowninshield Award in 1968.. This award included a financial prize which St.Clair used to pay for the construction of the Chinese Chippendale bridge for the Paca Garden.

She earned an honorary doctoral degree from Towson State University in 1975, one of the first in the nation for Preservation. She earned an honorary degree as a doctor of public service from the University of Maryland in 1985 and was the commencement speaker for the University’s Department of Architecture. She was awarded the Phoenix Award from the American Society of Travel Writers. Family Circle Magazine featured her in August 1992 as one of the Women Who Make A Difference.

Presentation of charter of Annapolis
at the State House, February 1963

In 1997, four years after her death, a graduate scholarship in Historic Preservation at the University of Maryland was established in her name. Dr. David Fogle, retired from the University of Maryland Architecture Department and an Annapolis resident, was instrumental in establishing this scholarship. The scholarship goes each year to a student who “demonstrates the qualities of activism and dedication in the field of preservation”.

In 2012, she was presented with a Lifetime Achievement Award by the Annapolis Chamber of Commerce. This was presented November 4, 2012 . The plaque will be placed in the St.Clair Wright Room of the Historic Annapolis Musesum at 99 Main Street. The Chamber of Commerce described her as “genteel yet steely, a visionary who transformed historic downtown Annapolis.” She worked for four decades to restore and preserve the colonial past of Annapolis. Using an innovative revolving fund approach, Historic Annapolis under her leadership was able to buy, restore and resell 30 buildings of all types from elite mansions to common citizens’ homes. This award is presented in the 60th year of Historic Annapolis Foundation, the organization she was instrumental in founding.

Secretary of the Interior, Stuart Udall, and St. Clair Wright, 1965